Oh boy oh boy...where to start with this one!? Well I guess its best by saying that I'm a huge Arnold Schwarzenegger fan, and huge Terminator fan!
I just love those first two movies! Like I said in my comments/reviews of T1 and T2...first one is much darker and scarier, and second one is bigger, louder, spectacular, but imbued with emotions. And I even liked T3, because despite having to much self-parody moments (Elton John sunglasses etc.), I think that T3 was really spectacular (action) movie, and it perfectly rounded the story's from previous two movies, and I had fun watching it. Salvation tried something different, but it failed...although I don't think its really that bad.
And this brings us to TERMINATOR GENISYS. Well...when that synopsis showed up online, everybody where confused and hated it. I on the other hand had dopes that this could be interesting movie if its done right, because despite the fact that synopsis sounded confusing, I had a feeling that there was an interesting story beneath all of that.
Well...I still think that this could have been interesting movie if its done right, but unfortunately...they didn't do it right. I didn't hate it or anything like that, and I don't think that is that bad as many are saying...but it's not great either. And IMO, there are three main reasons why is that so...
1. In the end, story was indeed to damn confusing and complicated and there was more questions then answers! Who the hell send "pops" in the 70s to protect Sarah, and who the hell send bad Terminator to attack here in the 70s. And how the hell T-1000 ended in 1984.? And how the fuck Sarah new that Kyle and two bad Terminators are coming that night in 1984.? And how the hell Skynet got a body, and from where he came?? Like I said...to many question and no answers! But still, I think that in a hands of skilled screenwriters this could have and should have been a much better movie. But I guess that Laeta Kalogridis and Patrick Lussier aren't that skilled.
2. Poor and bad marketing choice(s) that totally ruin this movie before he ever came to the cinemas. By now we all know about that spoiler that is concerning John Connor and him becoming a Terminator and main bad guy in this movie, so I guess there is no secrets or spoilers out there since studio revealed all that in their trailers ad posters. When they revealed that first time in one of their trailers, I was under impression that they still have an ace up his sleeve, and that revealing of this kind of major spoiler was just a marketing strategy to intrigue the audience, and then later we (audience) will be surprised with completely different twist and surprise that could justify such a spoiler in the trailers. But that didn't happened...what we saw in the trailers is what we get in the movie...and that's it. Why where they thinking that revealing of such a major spoiler in the trailer is a good idea, it beats me!
3. This movie lacked big and epic action set pieces. Don't get me wrong...there was a loots of action this movie, and it was OK action...but there was really noting big and epic...nothing to remember. For example...T3 had that big and epic car chase that included big truck with crane that was fantastic, and that was one of the best part of that movie. Unfortunately, GENISYS had nothing like that.
But still...like I said earlier...I don't hate this movie, it just that it didn't fulfilled my expectations and it end up being so average. IMO Arnie was awesome here and I had fun watching TERMINATOR GENISYS, and that the only reason why I have it 3 stars instead of 2 or less...but the more I think of it, the more confusing and disappointing this movie is to me. I will probably give it another chance in the future, so who knows...maybe I discover something new on second watch, something that will make it a better experience...who knows. 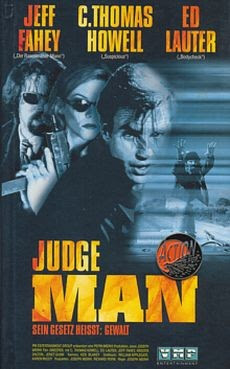