Well, let me tell you this right away...you won't find savage dogs in this movie...or any kind of dogs for that matter! Like non! Although, I can see that some people will probably be disappointed because of that. But what you will find in SAVAGE DOG is Scott Adkins going loco and kicking some serious ass all over the place! You will also find buckets of blood, real squibs instead of digital blood splatter, machetes, fake limbs flying around, severed heads, and Marko Zaror having a huge fucking pocket knife! No seriously, that thing is masive, like Rambo knife!
But OK, seriously now, if you ask me, SAVAGE DOG is another win in Adkins career. It delivers what it needs to deliver, and it delivers big time! Its action packed, and surprisingly, its very violent and very bloody. Like I mentioned before, its like they literally used buckets of blood in some scenes. Hell, SAVAGE DOG is almost as violent as UNIVERSAL SOLDIER: DAY OF RECKONING.
As expected, there is a lots of fighting in this movie, and while the choreography is awesome, fights are slightly different than what we used to see in many other Scott's movies. They are not as flashy, and they are more grounded and rawer. That means, there is no flying kicks, spin kicks, or any other kicks that are defying gravity. In stead, there is a lots of (bare knuckle) boxing, fist-fighting and other hand moves/kicks, and some (front, low, side) leg kicks, but like I said, nothing flashy. Still, fights look awesome, very brutal, and sometimes even cool and fancy (like the fight in the rain).
As I said earlier, choreography is awesome, but Jesse V. Johnson's directing is top notch! This guy has some really cool style, and he knows how to direct action, especially on a tiny budget. He won me over back in 2009 with his movie THE BUTCHER, starring Eric Roberts. That was a low budget movie, but the action was really slick and cool, and in a way, it reminded me of John Woo. Since then he didn't make a lots of movies, but everything he did direct, it was really cool and I liked it. If you ask me, SAVAGE DOG is his best (looking) movie so far, but he has couple of exciting upcoming projects (two of them staring Scott Adkins again - ACCIDENT MAN and TRIPLE THREAT), so its possible that will change.
Visually, movie looks fantastic! Much more expensive then it is, and the whole 1959 Indochina setting was perfect. SAVAGE DOG really doesn't feel like a cheap DTV movie made for quick cash, instead, it looks and feels like "a real movie". And having an awesome cast that besides Scott Adkins includes Marko Zaror, Cung Le, Keith David and Vladimir Kulich, additionally helps.
Storywise, SAVAGE DOG is a very simple and straightforward movie, but surprisingly it has a serious (character) undertone that I really liked. Its starts kind of like a prison fight tournament movie, but for a short amount of time becomes a romance movie, that than turns into a "regular" fight tournament movie, and then ends up like a vicious, violent, and bloody revenge film.
Now, there are two story points that kind of bothered me and kind of didn't make sense...
SPOILER

First, why the hell Scott's character goes back to fight for a guy who held him in prison for 6 years...
And second, how the hell Rastignac (played by Marko Zaror) and rest of the guy on the front gate didn't heard when Scott's character breached the compound and killed Steiner and all his men!? After all, he dropped a grande in front of Steiner's window lol!

But you know, although those two things did slightly bothered me, they didn't ruin the movie for me. Not at all!
Anyway, maybe Im slightly exaggerating with my rating here...just maybe! But then again, maybe Im not, because I had a lots of fun with SAVAGE DOG and I enjoyed the hell out of this movie, and I really appreciate it for for what it is! IMO its a fantastic old school B-action movie for action fans like me. Its action packed, its well directed and choreographed, offering something new and different for Adkins fans, and visually, it looks great! Plus, I was positively surprised by how violent and bloody this movie was, and I was also positively surprise with the serious (character) undertone that movie had. It didn't felt like just "another stupid action DTV", instead, it had some heart. 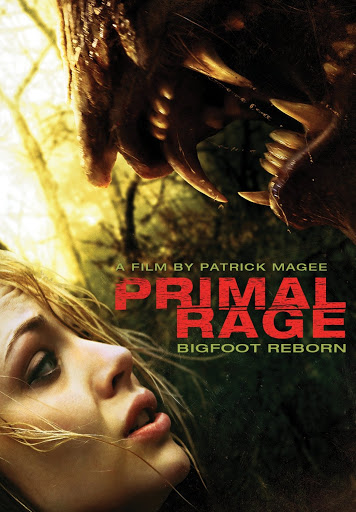