You know...people really love to talk shit about Michael Bay. Very often you can hear or read stuff like "Michael Bay is the worst director ever", or that "he sucks", or that "his movies are crap", or that "he should stop making movies"! I mean, some people really, really hate his guts! And yeah, making big, loud and noisy eyecandy movies full of explosions, nice girls, expensive cars, huge stunt and action set pieces, gives those people a lots of material for hate.
Look, we all know that Bay loves to use all kind of stylish visual techniques to make his eyecandy movies, and that very often he goes over the top while doing that. And we all know that he loves his explosions, and that he is very eccentric person. But does that makes him "the worst director ever"!!?
FUCK NO! Not even close!
Like any other director, Bay knows hot to tell the stories, but he also knows how to entertain the audience, and whats more important, how to handle a big budget movies, which is not easily! People often forget how hard and challenging is to shot a big budget $200 million+ blockbusters! You have hundreds and hundreds of people on the set, bunch of cameras and other expensive equipment, stunt crew, VFX crew, second unit crew, pyrotechnic crew, as many others, and they all have to be sycronised. Sure, blockbuster directors like Bay have assistants and second unit directors who help them, but in the end, director is the one who calls the shots.
You know, I would love to see directors like Wes Anderson, Woody Allen or David Lynch to handle a big budget blockbusters! But honestly, I don't think they could handle it, even if they would wanted it!
But don't get me wrong...I don't think that Bay is the best director ever, and he sure doesn't always makes good movies...I mean, his TRANSFORMER movies are really crappy! First one was kind of OK, but I wasn't impressed by that movie at all...third one was kind of fun to me, but the second one was garbage, and I didn't watched the fourth one, and Im not really interested about the new one either. But other then TRANSFORMERS, Im a big fan of Bay's work and I don't think that he only has one good movie in his career...THE ROCK, or as of lately, 13 HOURS, depending about who do you ask.
If I would have to rank my favorite Bay movies, that ranking would go something like this; THE ROCK, ARMAGEDDON, BAD BOYS, PAIN & GAIN, BAD BOYS 2, and then his latest, 13 HOURS, and after that PEARL HARBOUR and THE ISLAND. TRANSFORMERS can go fuck them self, and I sincerely hope that after the fifth one he stops making those movies!
But anyway...lets finally talk about 13 HOURS. Well, as you probably guessed, I liked the movie! As you can se from my ranking, I wouldn't put it in my Michael Bay TOP 5, but this was a good military action movie. Its simple and straightforward, and it doesn't complicate much. And whats really surprising, movie wasn't about the politics, or Americans that will save the world. It was simply about group of people who do what they do for money, for their families, and who just want to survive the night. Sure, we know that Bay loves to show American flag that waves in the wind, and there was a shot(s) of American flag waving in the wind in this movie...but that moment wasn't cheesy or pathetic, there was no political agenda behind that.
The cast was great, and everybody had their moment to shine. Bay's directing was also great, and the movie has Bay's well known visual stamp all over the place. But once again, Bay proved that he really knows how to shoot exciting and entertaining action that looks spectacular and where you can (actually) see what is going on!
Anyway...I was really surprised to see that so many people actually liked this movie, and that many even call this Bay's best movie. Sure, this is probably his most mature and you could say, most "serious" movie so far...but his best!? Well, not for me. I still prefer THE ROCK; ARMAGEDDON or BAD BOYS over this. But still, this was surely a good movie...very intense and entertaining.
Eingestellt von Anonym um 11:44:00

Everybody knows that Uwe Boll is the worst director ever.

You rank pain and gain before bad boys 2? I respect different opinions, but this is a hard one from someone who says fuck yourself to the island and the first transformers, talks about big budgets blockbusters and compares to woody allen? You should focus on the review instead of writing 80% introduction and 20% about the movie. Or call it: my words to michael bay.

@ChristianS - Your damn right about that! :D

@Brice - Well, to each his own my friend,...to each his own. Yes, I like PAIN & GAIN more then BAD BOYS 2. IMO, BAD BOYS 2 was always to messy and to over the top for my taste, kind of similar to TRANSFORMERS in that matter, so that's the reason why I never liked it as much as some other Bay movies. Its still fun and ridiculously entertaining...but I like these other movies more. And no, I didn't compare his movies to Woody Allen...I just said that I would love to see him, and some other indie directors handling a big budget $200 million budget movie, because I doubt they could handle it at all...
As for my review, or the way I write them sometimes...well, Im not a professional critic...I used to be, almost 10 years ago, but Im not anymore. And these reviews are actually from my personal Letterboxd account (that's something like online diary for movies, like Facebook for movies), and the stuff I write there, I write for fun...to express my personal opinion about the movies I watch...and sometimes I have a need to say something about stuff that are related to the movie(s) I'm writing about before actually say anything about the movie itself...and in this case, that was Bay and the hate he is getting...so there you have it ;) 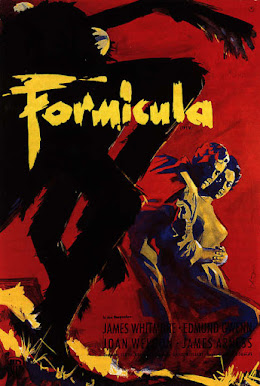