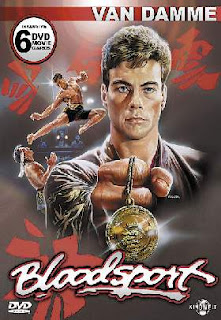 Sheldon Lettitch, writer of the ill-fated ‘’Bloodsport ‘’sequel that Jean Claude Van Damme was circling for a while, recently updated fans on VanDammeFan.net about the film’s origins – and how it all fell apart. Seems little-known video superstar Daniel Bernhardt (he’s the chap that starred in those direct-to-video “Bloodsport” movies) screwed it up. “I wrote the original script for the sequel, which was called "Bloodsport: New Beginning." It would have starred Daniel Bernhardt, and would have been directed by him as well. However, the producer (who owned the rights to the Bloodsport francise) kept saying that he didn't want to make this movie unless he could feel assured that it would receive a theatrical release. I told him the only way that would happen was if Jean-Claude Van Damme was the star. Eventually I brought JC into the picture, and introduced him to this producer. JC read the script and loved it. He signed on to star in the movie; there was legal paperwork drawn up, and money was exchanged. One of JC's stipulations, however, was that Daniel Bernhardt was not going to be directing him; he wanted me to be the director.What was decided at that point was that Daniel would instead be one of the producers, and the 2nd unit director as well. This is why Daniel came to Romania to meet with me and JC during the filming of SIC. All seemed to be going smoothly for a while. But eventually Daniel's ego convinced him that he was being screwed. He had originally been slated to be the star as well as the director, and now he'd ended up being "downgraded" to merely being a producer and the 2nd unit director. So Daniel began hinting to the producer that the script really wasn't all that great, even though he had been very closely involved while I was writing it. Eventually he convinced the producer -- without telling me and Jean-Claude -- to quietly hire another writer to write a completely new screenplay, which was titled "Bloodsport: Death for Life." He also convinced the producer that I shouldn't direct the movie, and hinted that he could do a better job himself. That's why he made that short movie, "Fetch," to prove his directing abilities. To make a long story short, Jean-Claude hated the new script, and he was quite adamant about wanting to stick to the original script, the one that he signed on for. But the producer had just spent a lot of money to have this new script written; it would have been a blow to his pride and his ego to admit that this money had just been flushed down the toilet. It also would have been quite an embarrassment for Daniel, because he was the one who had goaded the producer into wasting this additional money in the first place. So now -- thanks to Daniel -- the producer and JC were at an impasse over the script, which eventually led to JC disassociating himself from the project. 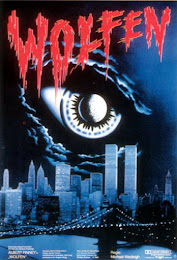